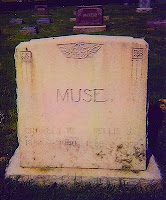 Who then is the father of time? The detritus mess from which we came from. He is the one who keeps everything from happening at once, twice. The problem of which there’s too little. He is past the age that he feels he is obliged to like something and for this reason carries a scythe.
Gone, gone beyond, gone beyond
The sister of mercy is obligation.  When she kicks in she will forever after have worry as a distraction. However, distraction is sometimes an inoculation against depression.
Gone, gone beyond, gone beyond
The brother of love’s favorite tools are mental telepathy and leverage. A verbal taser gun is often useful, but not mandatory. He is the cartoon character looking both ways before crossing the street, seeing it safe, puts a foot out and immediately gets flattened by oncoming traffic.
Gone, gone, gone beyond, gone altogether beyond
The second cousin of scatology is creative disruptiveness. Involuntary, consistent, and memorable. Faithfully and continuously changing the scrip to a new genre between dark & iffy. Branded a Grapheme because as a child he complained of fuchsia headaches and mentioned the letter A wanted to be red. He had been unaware his experiences were unusual until another pointed out others did not have them.
Gone, gone, gone beyond, gone altogether beyond
The mother of reinvention states that what mother said at one time is destined to be said again. The biological function she offers speaks and has listeners, but not of the understanding sort. Like being served before you order; being forced to eat before you are hungry.
The voices spoke inside her head more clearly than she had heard when they were alive. The now disembodied words circle inside the mental haunted house. They wager and scold with a verbal finger-wag.
Light up the smudge stick and hand it over.

The human condition is such this.
Saying what we are trying to mean and answering what we don't want anyone to hear.
All the while hoping we won’t carry any regrets and others will read between the lines.
She has lived long enough to be moved into top place.
Now misunderstood gets its first-hand chance.