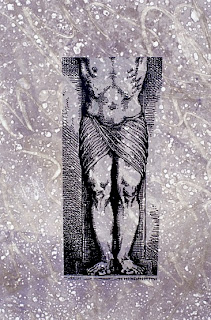 Be as a bird perched on a frail branch that she feels bending beneath her, still she sings away all the same,
knowing she has wings.

Certain thoughts are prayers. There are moments when, whatever be the attitude of the body, the soul is on its knees.

A man is not idle because he is absorbed in thought. There is a visible labor and there is an invisible labor.
-Victor Hugo 3X
6 honest people having a think
Labels: picture-making, Victor Hugo 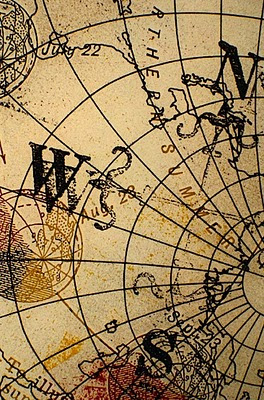 Once a princess had a rambling birthmark in a rather tender space,
That a tattoo artist would have paid her to meander into place.
Generals traveled to her rear end as a sign-nee
Hoping to hold the squeaker that marked the X on her hinny.
As they planed an attacked on her stern with a bag over her head.
Blotting the atlas with red circles the soon to be dead.
Since the map creased and rose in a most particular latergy,
Consequently, the battle makers screwed the strategy.
The resignation sign hangs for a lost war rucked-up,
Not to worry because on the other side it says she ducked-up.
Therefore, never let it be said royalty does not do their duty,
This was a service of honor, not of looty.
mused from 10th Daughter of Memory
10 honest people having a think
Labels: 10thDOM 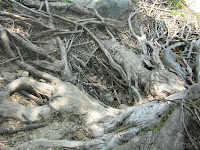 I’ve always found lewd voyeurism beyond my threshold of adventure. Opting instead for the comfort zone of vicarious. I had worn my best oblique hobo suit in disguise, so I would not be noticed. Alone one can pretend by imagining-fitting-in until you go out and try. I was pulled out of line anyway and put on the road to cavalry.
We fall to collective pieces in being reminded that we were put here to undo each other. The mantra so ingrained that is has been forgotten, and simply carried out.
My vision is wall-eyed, confusing like a double exposure. So, I’m never sure if that tall one is stepping on the toddler or if the bright lipstick is stuck onto the glass. I see a perpetual faux draught landscape to the left. Flies have come and gone for years being duped by the low tangle of brush promising shade. My other eye looks forward and slightly down focused on an angry railing meant to separate.
My peripheral vision spies a group of 3rd graders. They drink liquid that makes them pucker as the first half is downed. The most worrisome two-legged are the ones that leave debris, offering papers, and used band aids. They lunge and back away. They shield their eyes from the glare, and try again to peer in toward me.
I was shot out, tagged the cold wall of heaven, and then ricocheted back down exploding into this catatonic hulk. What’s left is confined in thermo plastic muscle, rubber sinew and synthetic fur.
I have a drip of sweat that has been itchy for years.
I had been a train wreck of a financier. Now trapped behind glass, stuck inside this Rhino, on display in hell.
15 honest people having a think
Labels: 10thDOM