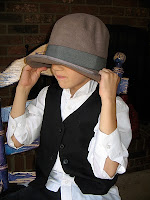 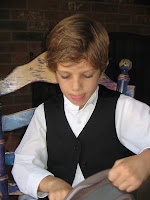 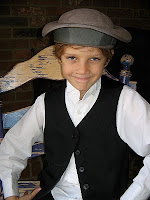 Happy TT, for more chapeau...(...at sixty bucks a throw...) go to Theme Thursday.
On Thursday, of course.
Labels: 'Script for a Practicing Artist and an Unfinished Life', ANHH, Kyle Bradfield