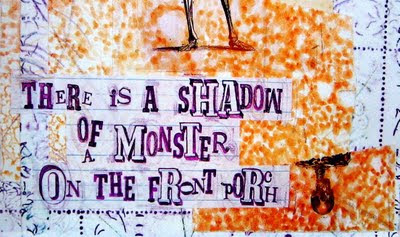 6
Punishment is not a great enhancer.

While hibernating dream; I am slowly pacing toward home. It will be dark soon and the road will become obscure and un-navigable. So, I effortlessly ascend into flight as dusk covers the area. I can still make out my winged shadow on the ground far below. I am limited in the air - I ascend higher reckoning faster flight, but my back feathers scrape against the sky Elysian. Shadows blend with the dark in time lapse.

I see a suggestion of the stone entrance. I know it is time to descend.
I tip, dipping down smoothly and with grace hit the ground running. Vaguely, I make out the gate ahead is closed. Not having the velocity to vault it, I stumble, crash over the key stone, tumbling and crumpling into the dirt.

I curse my luck at not dropping one gate later.
-from the forthcoming- Minotaur; There is a Shadow of a Monster on the Front Porch. 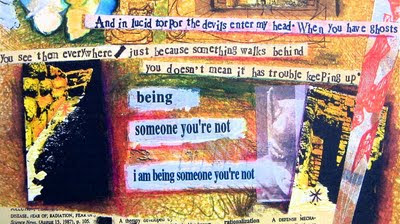 If he thought at all, but I don’t believe he ever thought, it was that he and his shadow, when brought together near each other, would join like drops of water; and when they did not he was appalled. He tried to stick it on with soap from the bathroom, but that too failed. A shudder passed through Peter, and he sat down and cryed. -Sir J.M. Barrie
Labels: 'Minotaur; there is A shadow of a Monster on the Front Porch, Theme