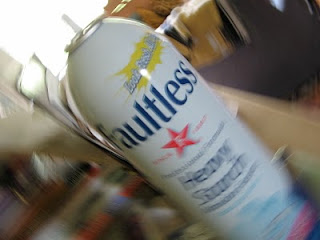 78
One of these December nights, I was awakened by the jazz station I listened to for white noise. The man behind the microphone was crying and stuttering. I couldn't understand what was happening. Was it a sleepy fog of twisted sound or a disaster at the radio station? I peered below, over the edge of my loft bed just as Guffrie jumped up from his cot to his 6’6” height.
“Oh, my god...” He reeled with his hands to his head as the TV crawler announced the assassination of John Lennon.

Walking up to Central Park the following Saturday you would have merged with other overwhelmed city dwellers.Talk became hushed tones. A bitter cold was blowing in. At the band shell Imagine played and a memorial silence was obeyed. Afterward, the paper had Yoko saying she had seen John’s face smiling down from the sky. She can see things like that. On the walk home it began to snow and a lightness filled the air.
from Script for a Practicing Artist & an Unfinished Life.

53/54
...and as a custom he always took an uncharted street home.
He was entranced with radio games and truck gimmicks. Colored glasses that turned the landscape into a novelty scene. What is most vague? What is most uninteresting? One late afternoon he rode half way across Kansas with a set and clear conscious. He passed that peculiar water tower with obscure graffiti. As it shrank from life size to a spec in his rear view mirror he felt himself mentally backing up.

Plan ‘C’ found him being assistant to an artist. Tedious. He was entrusted to stretch and make ready canvas. This yoga-monkey-man task left him mental time with cunning thoughts. While sizing fabric he would under paint geometric shapes with gesso. Perhaps a large X, stripes, or a single block letter. After the applied final coat of white paint was dry and ready for the artist’s paint, a hint of his mark remained. This was subtle graffiti at its most tasteful.
from Chance Neglected
Labels: 'Chance Neglected', 'Script for a Practicing Artist and an Unfinished Life', Kyle Bradfield, Theme