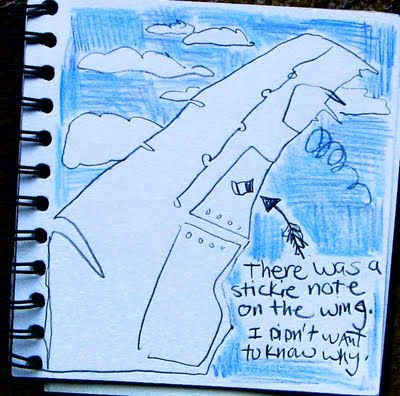 For me, air travel is too close to astral flight. I spin out easily, so I ground myself at the first feeling of deliverance. When sentenced to a mandatory air transit I usually end up thinking,
“The pilot is going extremely too fast!”
No dare devil me in the sky at this time or ever.

Travel is a bug that, once bitten, becomes an addiction.
Labels: 'Script for a Practicing Artist and an Unfinished Life', SKETCHBOOK, Theme