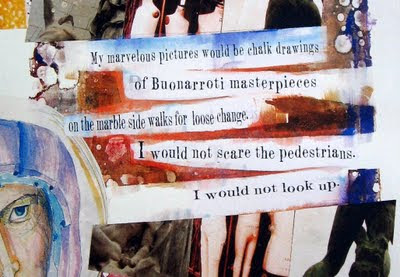 Make a picture and you expect a somewhat open interpretation. That's what I like in visual art. I like words direct and telescoped into pointed meaning. So the incantation is less questionable. But that rarely happens — Unless everyone is using the same dictionary.

One image seen and identified says something so very different than a wordy description. Everyone has a different relationship with their visual world. Not trying to pigeon hole, just musing. Everything I just said could be turned on it’s head, and still sound true, too. Using those limited words I so falter with.

Some people feel the rain. Others just get wet.  -Bob Dylan

Jerry often says that Slam Bradley was really the forerunner of Superman, because we turned it out with no restrictions, complete freedom to do what we wanted; the only problem was that we had a deadline.
-Joe Shuster

The ultimate inspiration is the deadline. -Nolan Bushnell

Labels: 'Minotaur; there is A shadow of a Monster on the Front Porch