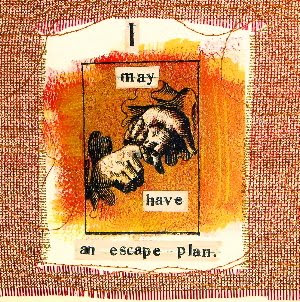 The passengers were soaked by the time we had all queued up the stairs into the narrow cabin.

Plane guy hollered, “Everyone! Throw your luggage in a front seat, then move to the back of the plane to sit down."

That was the same flight that after finding a spot near a window I looked out over the wing and noticed a pink sticky note flapping on the top do not walk area. I didn’t want to know why.

The weather was in turmoil. I kept trying to forget that Noah's rainbow only promised no flood, not no destruction.

It’s strange how the many-thoughts-at-once thingy becomes noticeable when we are in emanate worry. I was concerned as to why there were two seats on the left row and only single seats on the right, that the pilot looked under age, that it could be so drafty in such a small airplane, and what about that swarm of something in front of the propellers?

A flashlight lit white sheet will render a rush of motley stupefied bugs as they fly onto the fabric. Bugs in headlights. Kind of like hunters paralyzing deer with the spot light from their truck. What does this have to do with philosophy? I don’t know.

One of those days where every word sounds like a quote if it were just written down. What does this have to do with who's talking? I don’t know that either. I had a teacher in high school whose standard annoying quip had been, “I don’t know, find out and let me know.”


Quan Yin told me in a dream, and not very patiently,
“Time has past, you should know these things.”
Labels: 'Signals Crossed', picture-making